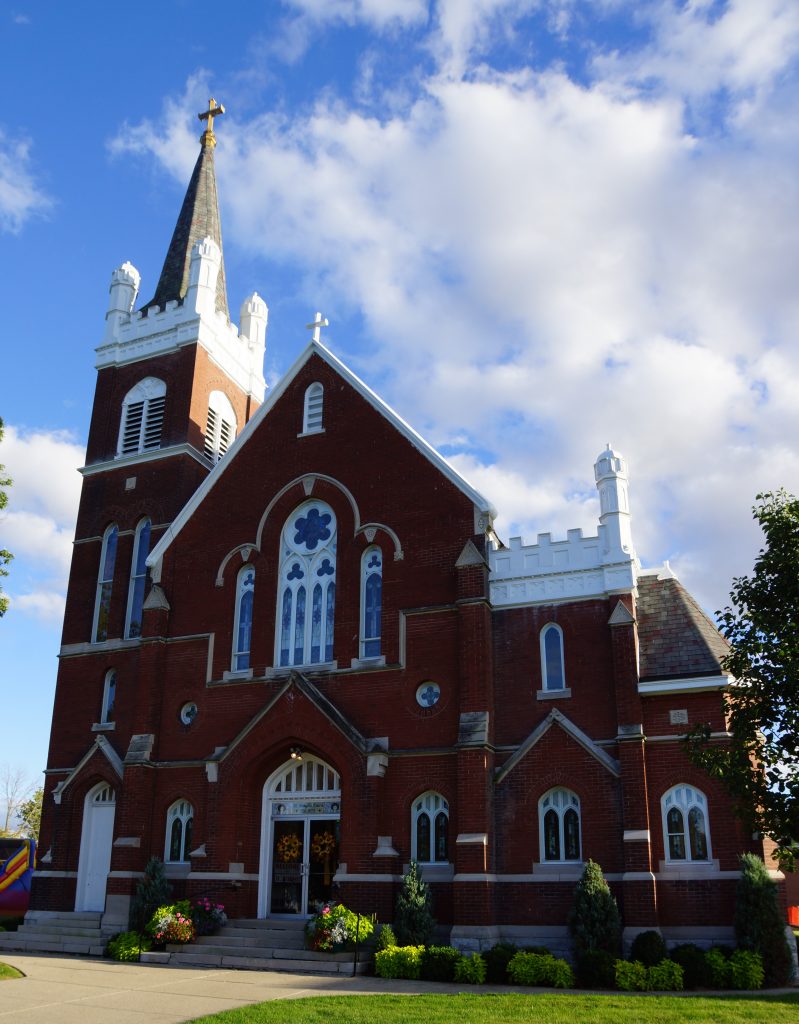 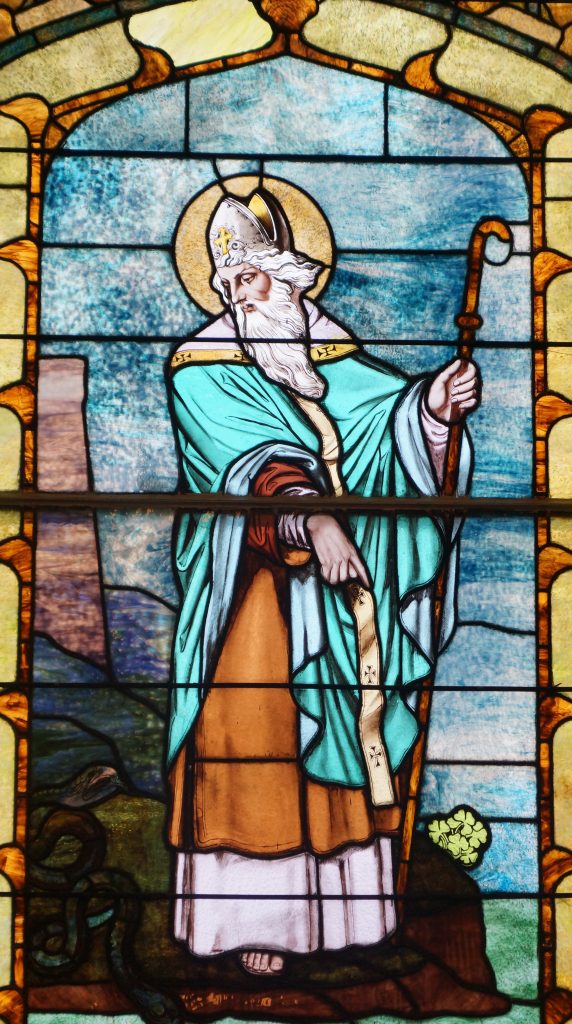 Our parish are dedicated to St. Bridget, by the early settlers of Liberty and Union County who were immigrants from Ireland and who come to this country after the Great Potato Famine. 1849 dates the beginning of the work of the Catholic Church in Liberty. In that year, the present church grounds were purchased at the cost of three hundred dollars from George Heavenridge. The church grounds were comprised of about three acres situated in the southeastern part of the town. These grounds are situated on an elevated site, which was  suppose to be the highest point between Cincinnati and Indianapolis.

Father William Doyle, pastor of St. Andrew’s congregation in Richmond, visited Liberty and celebrated Mass at the home of Patrick Gleason in 1849. This was probably the first Catholic service held in Union County and without question the beginning of the present parish of St. Bridget. Father Doyle brought to Liberty a great deal of experience about forming a congregation.

Father Henry Peters, resident priest at Connersville, took charge of Liberty in 1853. He celebrated Mass in private homes, once a month. The people were quite pleased to have the priest visit and celebrate the Mass. They opened their homes to him and to other Catholics of the community. The homes in which he held Mass belonged to Patrick Gleason, Dennis Egan, Joseph O’Connell, Thomas Roach and Thomas Burke.

The first Catholic Church in Liberty was built in 1854. Father Peters was quite pleased with his little church. But one Sunday morning in 1858, as Fr. Peters approached his church, he found the church a heap of smoking ruins. It was suspected that the arsonists were members of the “Know Nothings.” They were a secret society that flourished in the United States from 1852 to 1860. They protested against immigration and the election or appointment of Catholics and the foreign born to official positions. They also opposed the Roman Catholic Church.

Even with the setback of no church building, the Catholic Community in Union County never lost heart. A gentleman offered his blacksmith shop for a church and a temporary altar was erected and Mass was held as usual.

In August 1858, Father Peters purchased two acres of ground for two hundred dollars from Judge E. Burnside. This ground located on the Roseburg Pike (currently State Road 101) was to be used as a cemetery. The cemetery was designated as Calvary Cemetery.

In 1859, Father Peters built a brick church which was used as a place of worship until 1905. Father 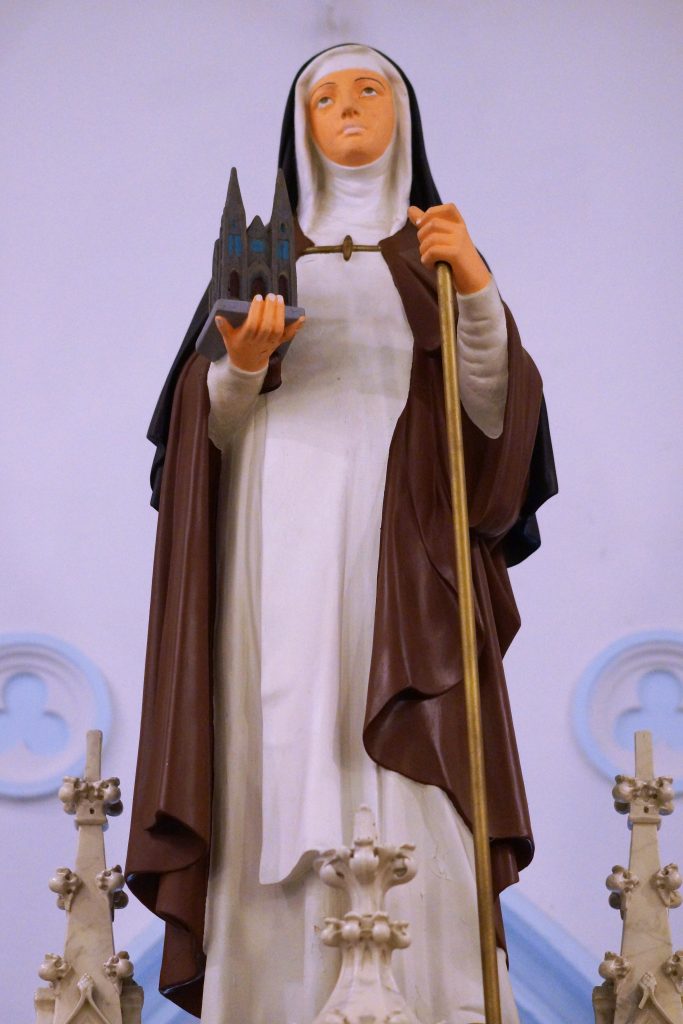 placed it under the patronage of St. Bridget of the Gaels.

In 1872, Father Januarius D’Arco was appointed the first resident pastor at Liberty. He finished the parsonage, remodeled the interior and exterior of the church, built a belfry, provided a bell, an organ, organized a 200 forest trees, and fenced all of the property. Father D’Arco also laid out lots in the cemetery and had it blessed in 1874. At this time the congregation numbered 80 families, all Irish except three German families.

Father D’Arco celebrated his Golden Jubilee while at St. Bridget’s and retired after 20 years of active ministry.

During Father Wade’s time as pastor, he began preparations for the new church building and ground was broken. 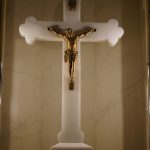 Under the guidance of Father Ryves, the present church was finished. St. Bridget Church was dedicated on July 2, 1905. It was and still is a beautiful structure of pressed brick. The original value was $20,000.

The present rectory was built in 1950 under the direction of Father Edward Bauer.

Father James Barton became pastor of St. Bridget in 1958 and during his time as pastor the St. Anthony Center was built. The center has become an important part of our parish with a gymnasium and classrooms which are used for parish dinners and Catholic Education.

Past Pastors of St. Bridget’s Church